Philips wins the DesignEuropa Award for its portable patient monitor

On 19 October the third edition of the DesignEuropa Awards saw two remarkable designs win prizes. The Industry Award went to the Philips IntelliVue X3. The Small and Emerging Companies Award was won by the Italian lighting system Relio².

The designers of the innovative portable patient monitor are Fabian Benedikter and Ceren Bagatar. Their design allows patients to be continuously and safely monitored during transport in hospital. The Relio² professional lighting system was developed by the Italian designer Marco Bozzola. The system emits light that is comparable to sunlight.

A Lifetime Achievement Award was also presented to André Ricard, a pioneer of Spanish and European design. Ricard is one of the most influential industrial designers of our time and is mostly known for his design of the Olympic torch for the Barcelona Olympic Games in 1992. 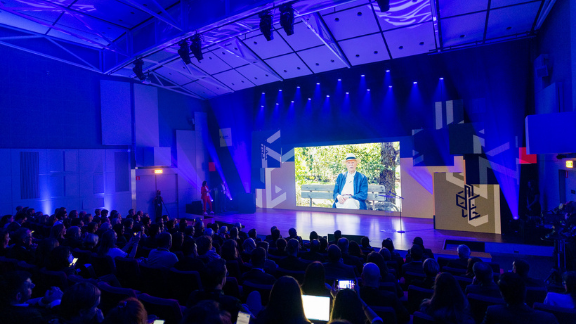 “Having received more than 750 applications from all across the EU, and beyond, choosing a winner was no easy task. The winners of this edition represent excellent European industrial and product design.”

The Chair of the Jury: Päivi Tahkokallio - Finnish designer

Designs as drivers of economic growth

The Award ceremony for the DesignEuropa Awards 2021 took place this year in Eindhoven during Dutch Design Week. The DesignEuropa Awards are organised by the European Union Intellectual Property Office (EUIPO). As the Benelux office, BOIP was closely involved in the organisation of this event. The aim of the Awards is to shine the spotlight on designs that are protected as registered Community designs (RCDs) and on leading figures in the field of industrial design. The Award ceremony was held in the Evoluon conference centre.

“The DesignEuropa Awards show creativity and innovation at its best. We have two excellent winners, who prove the power of design as a motor of economic growth and job creation, even in times of economic turmoil.”

The winning design in the Industry category: Philips IntelliVue X3
The Philips IntelliVue X3 is a portable and compact patient monitor designed to allow hospital staff to monitor patients continuously and safely during transport through the hospital. The device acts as a multi-measurement module when connected to a bedside monitor, and, when detached, functions as a transport monitor. 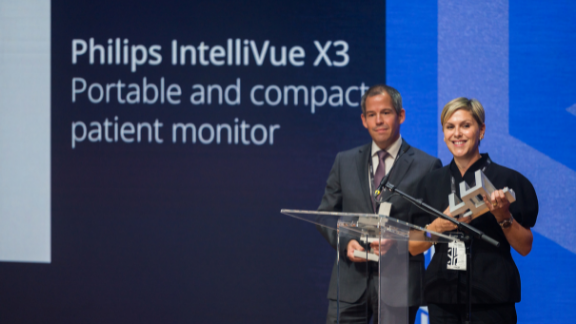 The winning design in the Small and Emerging Companies category: Relio²
The Relio² is a professional lamp that simulates sunlight and improves colour clarity by making subtle chromatic variations more apparent for cameras and the naked eye. The lamp is portable, transformable and modular and is intended for use in both arts and science fields. 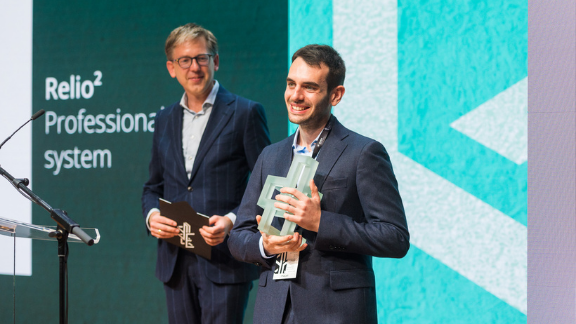