Proper protection on a limited budget

It seemed obvious that Hable would apply for a patent for its invention: a special Braille keyboard for smartphones. However, the start-up had no budget for it. Instead of a patent, the company decided on a clever mix of different forms of protection: design rights for the keyboard design, trademark rights for the company name and logo, and a clever plan for the future. 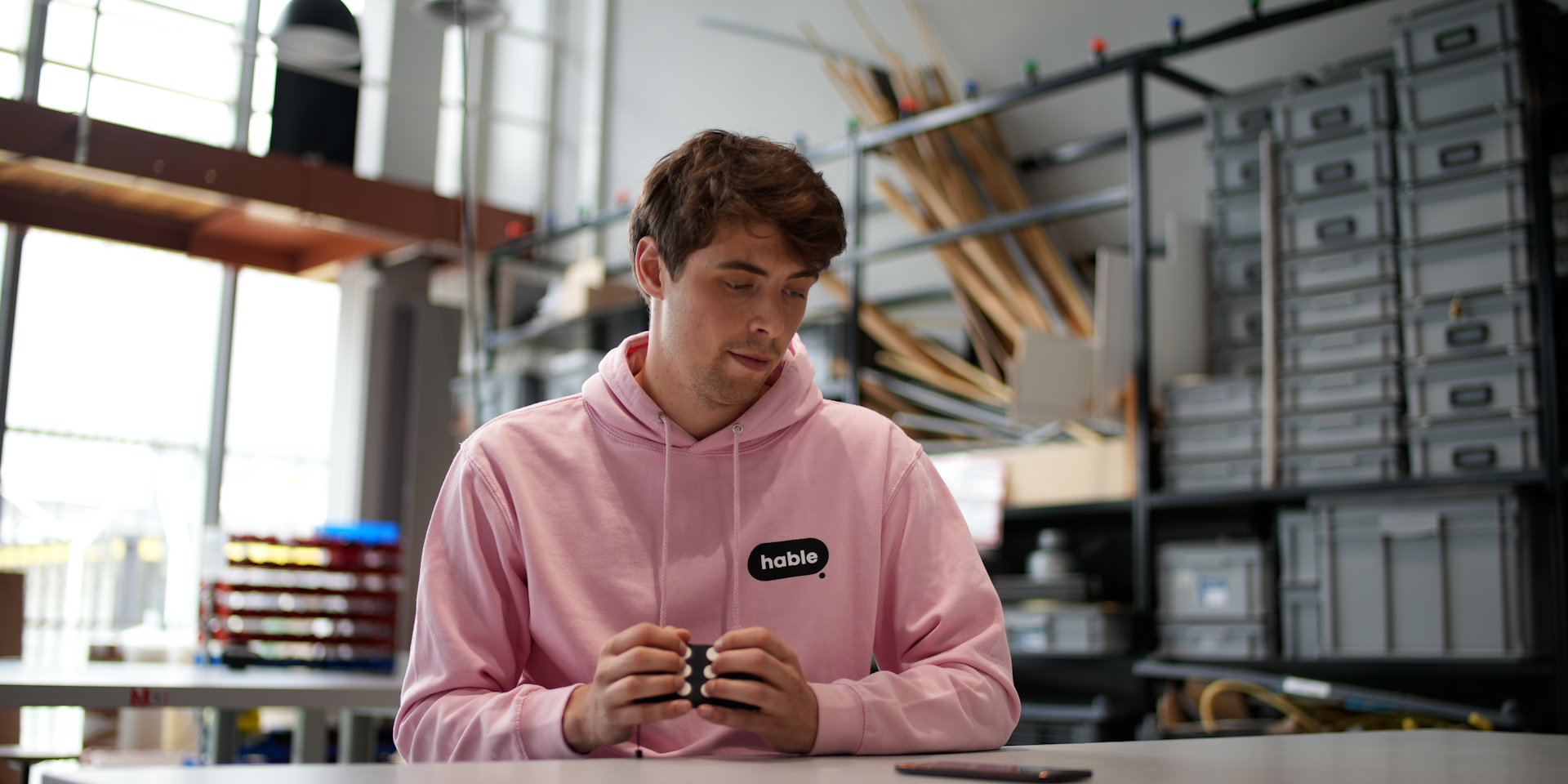 You might not realise it, but typing on a flat screen is almost impossible if you have impaired vision. Hable came up with something: a special Braille keyboard you connect to your smartphone. It is simple in appearance and easy to use. Co-founder Van Welsenis: “We took the flat screen of the smartphone and replaced it, as it were, by 8 physical buttons that are very easy to use for someone who is visually impaired.”

Not much attention given to protecting the product

After the device had been tested, in September 2021 Hable began selling the keyboard in the Netherlands, Belgium and the United Kingdom. During the testing phase, Van Welsenis had a lot on his mind – so much, in fact, that the question of protecting his invention flew right out of the window: “We’d completely neglected to think about how we were going to safeguard our product.” Part of the reason was that Hable had a limited budget. Hable might have been able to protect the technical aspects behind the keyboard with a patent, but the start-up did not have the financial means to do that then. A conversation with a patent-adviser at the Netherlands Patent Office offered a way out: a mix of different forms of protection.

Clever combination of forms of protection

Four reasons not to register your company name as a trademark. It makes a difference!
You have finally managed to get everything together and on track with your company, and now one thing you must do is register…
Read more
Article
How and when to use the ® symbol with your name or logo?
Placing the ® symbol – for ‘registered trademark’ – against the name of your product signals credibility. It can be the deciding…
Read more
Article
Do you have a word mark or a figurative mark? Here's how to choose the best protection
You have a trademark. And you want to protect it. So you start the process to register your trademark. Then you come up against…
Read more
Article