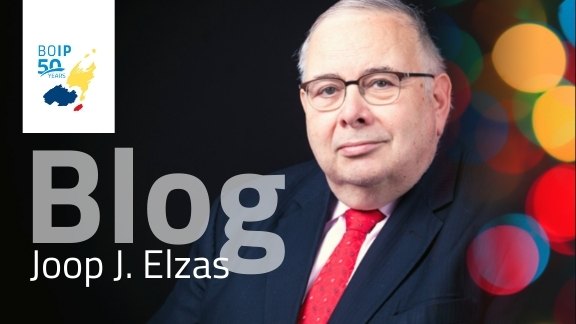 “In 1983, when I was thrown in the deep end at Polak & Charlouis, the world of trademark protection looked very different to how it does today. There was a book published annually containing all Benelux trademarks listed in alphabetical order. Of course, as soon as it was published, it was already out of date.” These are the words of Joop J. Elzas. He works as an agent at Arnold & Siedsma, a legal firm specialising in inventions, trademarks and designs. Mr Elzas has more than thirty years of experience in the world of intellectual property. He takes us back in time and gives us an insight into the future.

“At the start of my career, all the data was held in card indexes. Separate card indexes were kept for trademarks, trademark owners, registration numbers and renewal data. If you wanted to be really sure about something, you had to call the Office (ed: how BOIP is referred to in the IP world). If you had a registration number, it was free of charge; if you wanted to know whether a particular trademark was identical to any pre-existing one, then you had to pay 22 guilders.

Computerisation obviously had a big impact on trademark practice. But in the 1990s, there were more changes. Alongside the Madrid Convention, that had already existed for years, a Madrid Protocol was negotiated to encourage more countries to join. The European trademark came into force. In the Benelux countries, we started examining on absolute grounds. As agents, that took some getting used to. In 1996, the Office told us they would only refuse in exceptional circumstances. So you really had to mess up to get a refusal. In practice, of course, things were very different. There were definitely refusals and, in most cases, they were entirely justified.

Lodging an objection was also different before. For example, if you wanted to lodge an objection against a Benelux trademark from someone else, you wrote an indignant letter. Most of the time you got a letter back saying there was absolutely no question of infringement. Maybe some correspondence then followed, but it stopped there usually. It was not possible to file an opposition back then. There was also no full cost reimbursement system yet for IP legal cases. So going to court was always an extremely expensive affair. It meant that in most cases disputes died quickly.

Introduction of the opposition system made lodging an objection easy and affordable. Slowly but surely, what was already possible in other countries, we in the Benelux have been able to do the same. We now have a broader system for opposition. For example, we can now file an application for cancellation, which was only possible previously via the courts. And thankfully - for professionals like me who have been doing this for a while already - we have no longer had to file twenty separate copies of glossy paper images for some years now.

How do I see the future? The biggest problem I see is the clogging up of trademark registers. To come up with a trademark that is not identical or similar to another pre-existing trademark is already difficult enough in itself. If you do succeed, then it is often the case that an identical or similar one has been recorded in the register that has never been used for those particular products and/or services.

There is now, luckily, a cost barrier to claiming additional classes. Nevertheless, we are still seeing trademark applications that are filed with multiple classes. The issue is whether the trademark owner actually needs all those classes. The consequence is that the trademark owner has five years to take any action. Some trademark owners - without any clear economic benefit - take eager advantage of it. I foresee this becoming only a bigger problem in the future. A system should therefore be put in place whereby the owner of the trademark must have a bona fide intention to use it.”

Proud heritage, bright future
BOIP is 50! We are using this anniversary as an opportunity to pause and look back over our rich past. And to show that we are looking forward to the future. Under the motto ‘Proud heritage, bright future’, we take you back over 50 years of intellectual property (IP). In these guest blogs, IP professionals tell us how they look back in the past or how they see the future.